As legend would have it, about 130 years ago, Genius sparked an idea into the mind of one Pharmacist. It was one of those lightbulb moments. I can totally see him garbed in his discoloured lab coat and ‘ready-to-take-to-the-skies’ goggles, holding up the magic formula in a test-tube and shouting ‘EUREKA!’ As he dashed out to Jacobs’ Pharmacy to get his concoction diluted in carbonated water, this man could never have realised that his discovery would change the world as he knew it.

Many sodas have come and gone. Some have tried to replicate the ‘great taste’ (don’t quote me, I’m not a Coca-Cola shareholder) of Coca-Cola, but to the real coke drinkers, there’s nothing that can compare to the real deal. Since 1886 when Coca-Cola was born, they have maintained the standard of it’s quality and appeal, utilising every marketing strategy in the books to retain it’s consumers. In time past, they tried to change the logo and have only returned to the original. The bottling has morphed many times in many years to draw appeal and change opinions. Eventually, the franchise model was adopted where the drink was sold as a syrup that retailers would mix with soda water and eventually bottle to be sold.

But in the grand scheme of things, the great taste of Coca-Cola could not be trumped, well, until DIET-COKE!

You see, when the custodians of Coca-Cola realised there was a sect who would drink no Coke no matter what because of it’s sugary calorie-infused characteristics, they decided that the only way to eat their cake and have it was to adjust the formula a little to suit the appeal of these sugar-hating-low-calorie-loving fellas. In 1982, the sugar- and calorie-free Diet-Coke hit the US markets and made its way to Europe a year later. Before the world new it, Coca-Cola in all forms became staple food to anyone no matter his or her dietary requirements. And just in case you think Coke is too strong for you, Fanta or Sprite might just fit your bill.

But of course, you really can’t please everybody, can you?

And there came Coke Zero and Coca-Cola Life.

For the life of me, I cannot tell the difference between any of these versions of Coca-Cola. Diet-Coke is sugar- and calorie-free; Coke Zero is a Zero-Sugar Coke; Coca-Cola Life is a reduced-calorie Coke sweetened with plant extracts. So really, what’s all the fuss about? 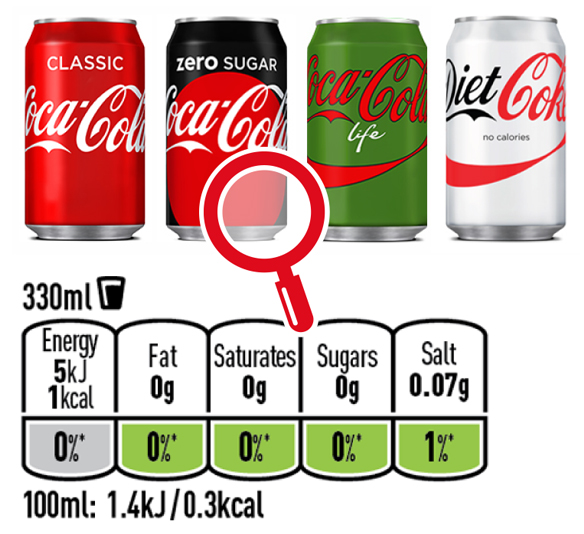 And this is what we have done to the GOSPEL!

Some 2000 plus years ago, God sparked life into the world. I can totally see Him garbed in all His glory and splendour, watching patiently as Mary took in one last deep breath and pushed her son into the world, and of course He shouted ‘EUREKA!’ As this son grew up, no one knew that the world as they knew it had changed forever. The Son of God had come to bring the desperately needed redemption that the world cried out for. And on the cross, where He gave up His life for ours when He said ‘It is finished’, He sealed the deal.

Yet to all who did receive him, to those who believed in his name, he gave the right to become children of God. John 1:12

The simple formula of simple faith in Jesus Christ, His death and resurrection is the GOSPEL.

But as the years went by, the custodians of this Gospel, in trying to grab the attention of many, have adjusted the original formula. In many ways, like the Coca-Cola story, we have tried to adjust the Gospel to suit itchy ears and wandering hearts.

We have tried to change the logo of the Gospel: Jesus, the Author and Finisher of our faith, is the logo of the Gospel (Hebrews 12:2 – Fixing our eyes on Jesus, the pioneer and perfecter of faith. For the joy set before him he endured the cross, scorning its shame, and sat down at the right hand of the throne of God.). But many times, we have swapped this name Jesus with Prosperity, Fame, Healing, Deliverance, Morality and what have you.

We have tried to rebottle the gospel: The Bible, the inspired word of God, is the container that carries this Good News (2 Timothy 3:16 – All Scripture is inspired by God and is useful to teach us what is true and to make us realize what is wrong in our lives. It corrects us when we are wrong and teaches us to do what is right). But many times, we have swapped this container with one inspirational writer’s pet project or the other; or one blog; or that devotional.

We have franchised the gospel: God, is the Sole Proprietor of the Gospel. But we have in many ways stripped Him of this right and have attributed it to that man-of-God, and the Preacher, and that Prophet, and that Evangelist (1 Corinthians 3:4 – When one of you says, “I am a follower of Paul,” and another says, “I follow Apollos,” aren’t you acting just like people of the world?). Each with his or her doctrine worn on their collars like lapel pins and carried on the backs of their followers like a bull’s yoke. And as different franchises of Coca-Cola saw the inception of different Coca-Cola qualities, so has the franchising of the Gospel through all sorts of unchecked denominations seen the rise of strange gospel messages that have led to the final blow . . .

We have tried to change the potent formula of the gospel: Jesus and the Cross is the content of the Gospel (1 Corinthians 1:23 – For we preach Christ crucified). The franchisement of the gospel has ultimately brought about the dilution of it’s content. The original formula that guarantees the potency of the gospel power has been experimented upon and transformed into all sorts of powerless messages that leave men empty, hungry and imprisoned. We have swapped the content of the Gospel with words of human wisdom, inspirational quotes, politically corrected jargons and sugar-quoted promises. We have, like Coca-Cola, created a low calorie diet version of the gospel that endorses sin in all its forms and expunges us of its wages because God is LOVE.

And just as Fanta and Sprite and other products of the Coca-Cola company fill the shelves of stores everywhere, the Church has stacked for itself products that are surely not the gospel, but can do, if your taste so desires.

The shareholders of Coca-Cola will continue to smile to the bank as these changes increase customer appeal.

What will the shareholders of the Gospel do?

13 thoughts on “The Coca-Cola Gospel”

Summing it all up, friends, I’d say you’ll do best by filling your minds and meditating on things true, noble, reputable, authentic, compelling, gracious—the best, not the worst; the beautiful, not the ugly; things to praise, not things to curse. Put into practice what you learned from me, what you heard and saw and realised. (Phil 4:8 msg)